Where are you from? : France, Poitiers

What was your motivation to do the project/Why did you decide to be a volunteer (in Hungary)?

I had a break between my two job contracts, and I wanted to spend time abroad to travel, meet people and have new experiences! The European Solidarity Corps was a super option to achieve all of that! I was very interested in discovering a bit of the country, I was glad to spend time with youngsters and I felt that Rita wanted to propose to me some missions which were adapted to my background and my CV.

What was your project? What was a regular day like?

I was doing different things such as: renovating work, spending time with the youngsters at the youth centre and doing a documentary about the football team. My daily routine was to do my stuff (sport, groceries, laundry, rest ) during the morning, editing videos/watching the youngsters during the afternoon, and during evening sometimes going to film the football team or spending time with my flatmates .

Which is your favourite memory of the time you spent here?

I think it was my last party at Nagyvázsony pub, there was a concert, we’ve danced and spent a really good time between volunteers, Fekete Sereg workers and the youngsters.

There are absolutely plenty of, but once the youngsters had a football game on a Sunday, and we were supposed to go (the volunteers) and watch it all together. The guys proposed me to come with them in the bus while the girls had to stay at our house thinking that they couldn’t attend to the game… Eventually they made it as well but while they were stuck in the house we were exchanging messages and pictures and they became soooo jealous, that was very fun.  I miss those moments with them ! 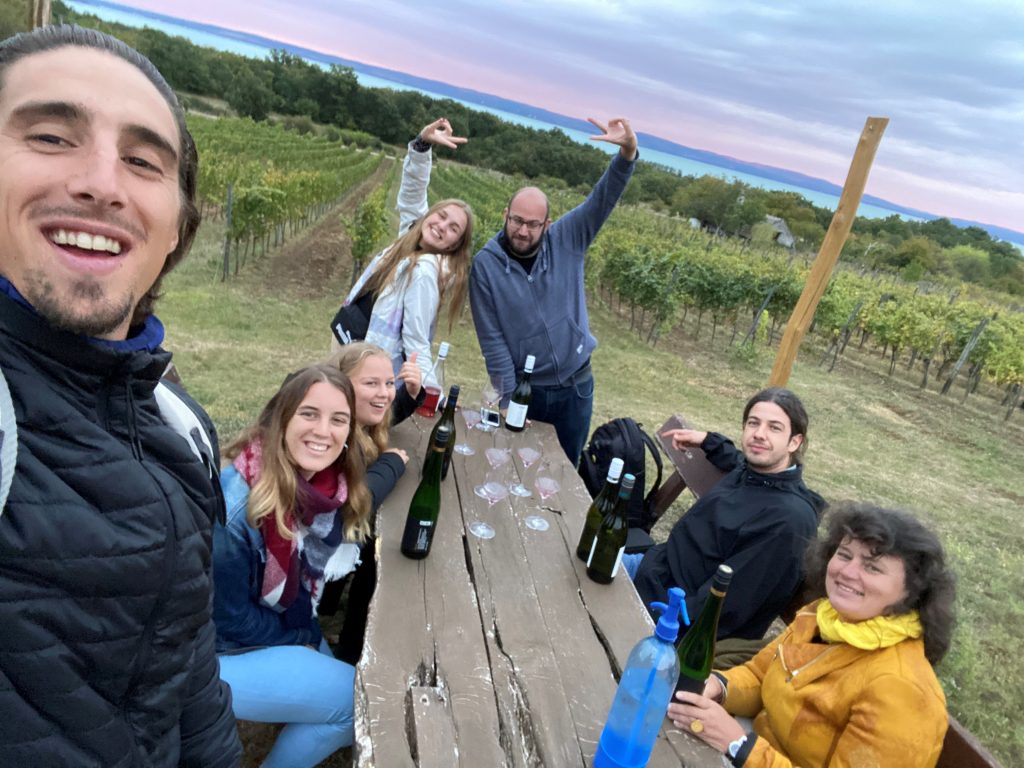 It is a pretty little village and people are very kind when they get to know you a little, I really liked the atmosphere there.

How was life in the flat?

Really chill and fun ! The girls were very amusing, we did some dinners, some parties and there was absolutely no time of trouble, I really enjoyed it. It was all about happiness.

Why would you recommend doing volunteering? Why at Fekete Sereg?

I think I would recommend people to do volunteering because it is a way to meet new people, change its point of view about others and itself. It’s always cool to do new experiences and share it with people which are doing things to help others. All members of Fekete Sereg share the same values so you cannot make a mistake by joing the team.

How did you benefit from your project/the time you spent here?

I’m glad I’ve discovered a bit of Hungary (Balaton lake ), it also reminded me that I like to challenge myself, see other contexts and I really like video editing now!

What are you currently doing in your life? What are your plans for the future?

I’m working again at UEFA in Switzerland, I’m preparing the next EURO (which will happen also in Budapest next summer 2021!) and I continue to produce documentaries for associations, let’s see how it all goes in the future.

I thank again all volunteers, Fekete Sereg members and the youngsters for their affection and their welcoming behaviour during the 3 weeks that I’ve spent there. I had such a great time there that I cannot say thank you enough.