On 2 July 2021, a 4-member delegation from the Fekete Sereg Ifjúsági Egyesület set out to support the implementation of the Erasmus + program.

We also found two former volunteers among the members of the Hungarian delegation. Sára spent years in Kokkola, Finland, and Kristóf came home in 2019 from Palmela, Portugal, after 11 months. In 2021, he plans to spend several more times in Portugal among Erasmus scholarships. Eva and our association helped us with our professional experience during their studies. And fourth, I participated as the volunteer coordinator of the association. 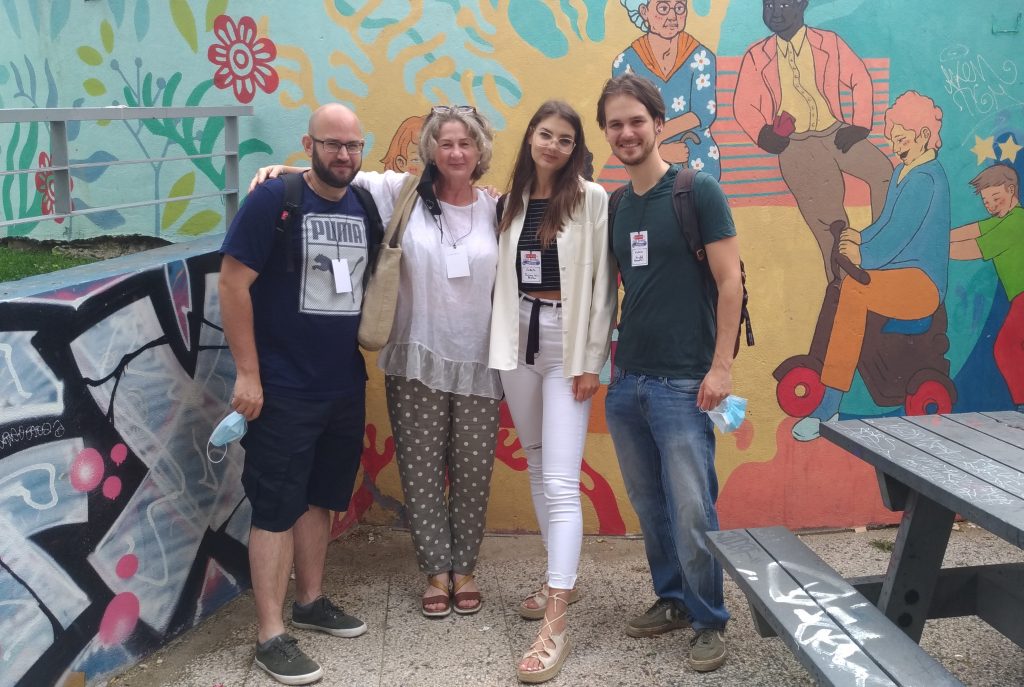 We faced a special encounter, as due to the virus situation, we were only able to hold online discussions for a year, fate has never brought fate with others. On the screen, even the most conspicuous differences usually disappear, as we are locked in a tiny box, a not very good quality camera transmits the image and everyone only sees their faces. So then there were surprised glances, remarks when it turned out who was how high or just low.The Portuguese host organization, (Largo), originally wanted to invite us to an arts and cultural festival to show us what programs are held in the summer, but unfortunately it was not possible to hold this as large events are not allowed by the Portuguese authorities. The locations, on the other hand, were able to be shown and told what they would accomplish and why it was important to the local community. They take possession of squares, markets, streets, old evacuated military buildings in the summer, where artists in the area exhibit and organize programs.

We were also taken to the suburbs of Lisbon for a library that opened a few years ago, not only performing traditional library functions but also providing space for active community and cultural life through a stage and several smaller rooms. In the library, we got to know the collaboration between the host organization and the cultural department of the Lisbon city administration, presented several projects that were created together with local communities.

At the end of the three-day program, there was also a short sightseeing tour, where we could get acquainted not with the classic old town, but with the newer, more modern and street art works, enriched with huge murals. If all goes well, we will be able to welcome the participants of the project during the carnival period in February 2022 and we will have the opportunity to introduce them to our cultural values, even the equestrian carnival in Nagyvázsony.