One fine day in the local elemantary school of Nagyvázsony

On the 5th of December, the Day of Nations took place in the local school of Nagyvázsony. 18 Volunteers from 12 different countries went to the school to represent their culture. The young volunteers, between the age of 18 to 30, came from Lithuania, Latvia, France, Macedonia, Portugal, Italy, Spain, Finland, Romania, Austria, Germany, and Russia. Fekete Sereg Youth Association hosted them for three weeks in total in Nagyvázsony. The group prepared different games, presentations, and even a dance for the children. When we arrived at the school, the kids welcomed us kindly. The volunteers prepared six rooms for their planned activities. The classes had one school hour each to do the individual activities prepared in their classrooms. After the kids finished their activities, they changed the classroom for the next activity. 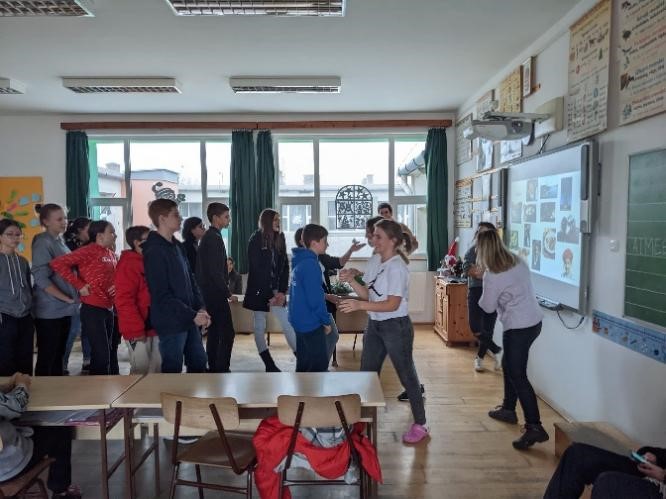 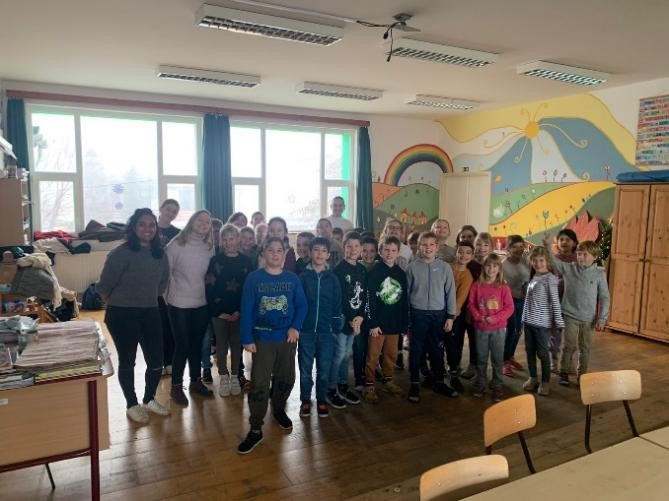 Here is a small insight into the program of the Day of Nations: One activity was to whisper Spanish or Italian words from kid to kid and in the end, the last kid had to guess which word it was. At this game, many funny and crazy words were created. Another interesting task was the multicultural quiz. The kids guessed where certain food is from, where pictures of cities were taken, or they were asked about different traditions. The quiz was with multiple choice questions. Therefore, the kids had to go to a certain corner of the room depending on what they were thinking the answer was. Another station that the children enjoyed very much was the Latvian dance called “cūkas driķos”. Laura, a Latvian volunteer, taught them how to dance this traditional dance.

One minor difficulty was the language barrier. Since only of the volunteers could speak Hungarian, one translator was needed per group. This job was done by the youth workers Rita Kandikó, Kira Németh, Anna Szabó and Ferenc Gyovai. Furthermore, the German-speaking volunteers had to translate the instructions of the other volunteers from English into German, since the school of Nagyvázsony is a nationality school and the children there have been learning German since the first grade. At first, this was a bit unusual, but after some time, it was no longer a problem.

In summary, it was a very successful day during which, the children and volunteers had a lot of fun. In the end, we got great feedback from the teachers and the kids.